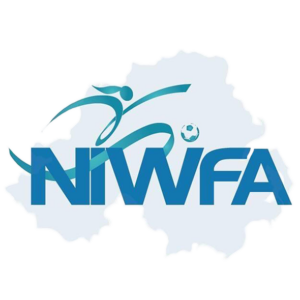 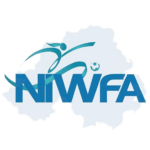 The Northern Ireland Women’s Football Association was established to operate NIWFA league and Cup competitions on behalf of our membership, and to promote women’s football throughout Northern Ireland.

Mary McVeigh was elected as the first Chair and the meeting discussed the formation of the league, its Constitution and rules as well as the recruitment of new teams, players etc. The Association agreed to play as a summer league under FA Rules with the only exception being that teams played 35 minutes each way instead of 45 minutes. This has since been amended to 45 minutes each way.

The 1977 season kicked off with three Divisions of six teams. However, it was considered more practical to reduce this to two divisions for the 1978 season.

From those early beginnings the NIWFA has now expanded to its present size of 52 teams with approximately 1,200 players (over the age of 14) competing in six divisions during the months of April – September.

In addition to the various divisional titles there are also divisional cups, with the Irish FA also running an Irish Cup competition, and some of the Divisional Associations all organising women’s cup competitions.

The NIWFA committee are keen to develop the women’s game in Northern Ireland and eager to assist clubs to improve their capacity.  To this end we have held a number of information days for clubs and hope to organise a number of courses in the future.

The league has a dedicated 6-person committee, and a fixtures secretary and referee co-ordinator to ensure the smooth day to day running of league affairs – these posts are all filled on a voluntary basis and the work carried out by the post holders is invaluable to women’s football.

The NIWFA maintains its own dedicated website – www.niwfa.org – committed to providing supporters and clubs with up to date details regarding news, fixtures, scores and current league tables.

The NIWFA is a well-established sports organisation with member clubs from all over Northern Ireland, and it welcomes applications from potential new clubs every year.

Manage Cookie Consent
To provide the best experiences, we use technologies like cookies to store and/or access device information. Consenting to these technologies will allow us to process data such as browsing behavior or unique IDs on this site. Not consenting or withdrawing consent, may adversely affect certain features and functions.
Manage options Manage services Manage vendors Read more about these purposes
View preferences
{title} {title} {title}